Inclusion is often considered the missing piece in the corporate/ workplace puzzle. An inclusive workplace culture allows all people to thrive at work, regardless of their background, identity or circumstance. It is not enough to increase representation for minority groups, research into FTSE 100 CEOs in 2018 found that they were more likely to be called Dave or Steven, than be female; it is clear businesses must tackle barriers to equality such as poor progression prospects and bias to make real change.

There are clear differences between diversity, equality and inclusion.

Equality means equal rights and opportunities afford to all.

Inclusion is often defined as the extent to which everyone at work, regardless of their background, identity or circumstance feels valued, accepted and supported to succeed at work.

Inclusion is increasingly seen as a key driver of progress towards workplaces where everyone can thrive. We have identified four key effects of an inclusive workplace:

Inclusive environments allow individuals to feel like they are valued, supported and that differences are a positive that can benefit the organisation. A workplace where everyone can share knowledge without discrimination can lead to reduced absenteeism, enhanced creativity, and reduce the barriers to inclusion for underrepresented groups. Ensure that your workplace has a diversity and inclusion programme in place; the benefits go beyond the bottom line and towards creating a culture that can increase employee morale for years to come. 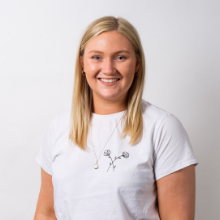